An 87-year-old patient was, at all times relevant while at an assisted living facility, at high risk for falls due to a history of falls, physical impairments, and associated functional deficits, among other medical conditions and limitations.

On August 22, 2012, the assisted living facility left the patient unsupervised and unattended and permitted her to fall. The patient was found on the floor and complained of severe pain in her left leg.

The patient was transported to the hospital, where she was diagnosed with severe fractures of her left tibia and fibula. The patient’s left leg was placed in a leg cast and she was returned to the assisted living facility for post-fracture care.

At the assisted living facility, the patient's cast and circulation were to be checked “each shift” and assisted living staff was to “monitor for skin breakdown, swelling, [and] irritation.”

On September 24, 2012, the patient’s cast was removed and her left leg was placed in a soft brace. When the patient’s treating health care providers removed her cast, they noted pressure ulcers caused by the cast. 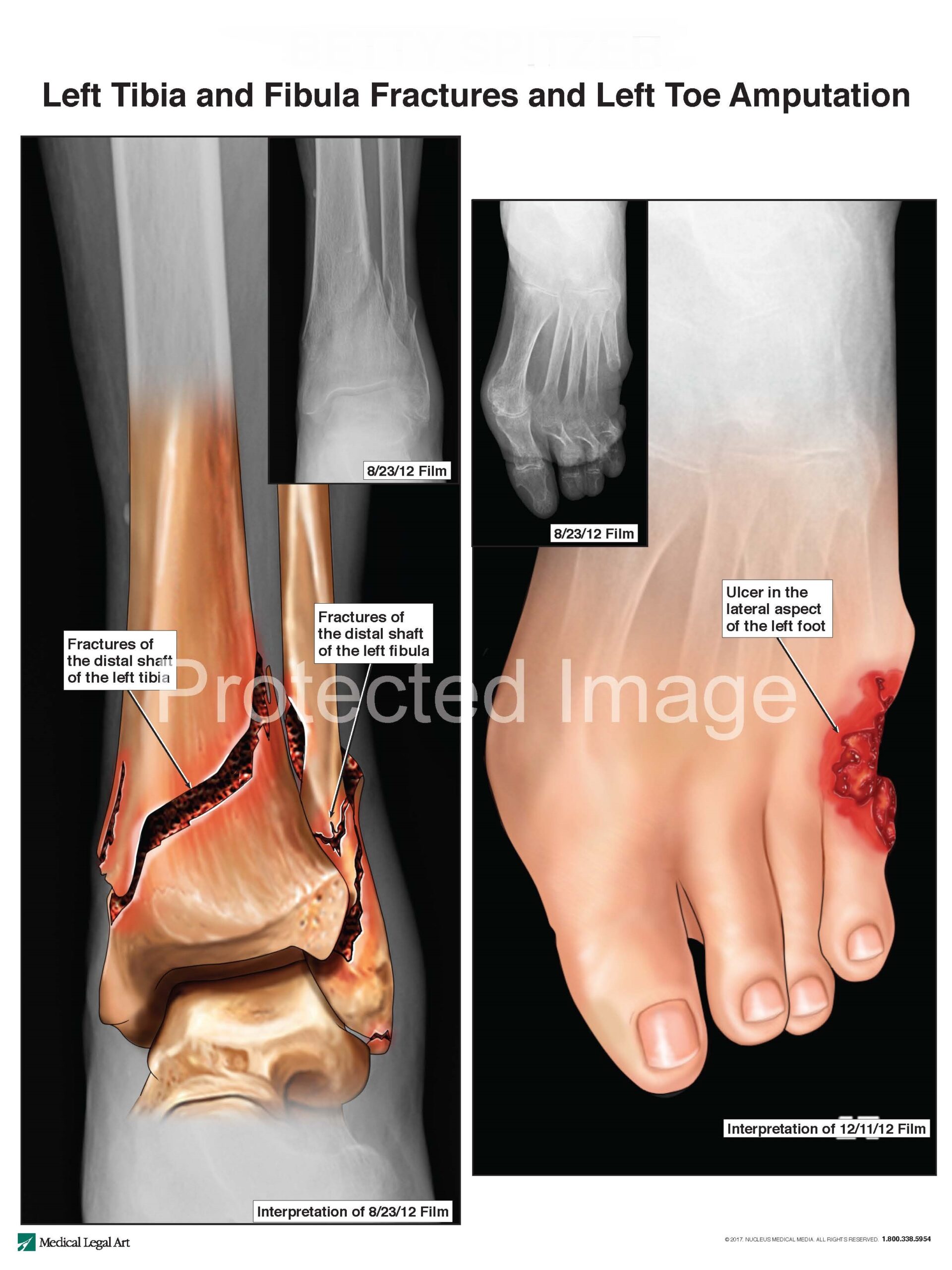 The patient was later seen by her treating physician, who noted she was “at risk for gangrenous changes” and may require an “above the fracture-site amputation.” The patient’s pressure ulcers indeed resulted in gangrene and made necessary an amputation. Her pressure ulcers were also the source of additional infection and sepsis. The patient died December 27, 2012.

The family contacted us to pursue claims against the assisted living facility for failing to provide proper supervision and care to prevent her from falling and suffering injuries. We were able to obtain a settlement award for the patient’s family.