An 85-year-old male patient was admitted to a nursing home on August 1, 2012 for rehabilitation following surgery for a broken hip. At all times relevant to his nursing home care, the patient was known by the defendant to be a high fall risk due to confusion, vision problems, impaired mental status, poor safety awareness, impaired balance, incontinence, poor coordination, vascular dementia, confusion, agitation, and a history of falls. The patient required extensive assistance with bed mobility, transfers, and walking while rehabilitating from a right hip fracture he sustained in an earlier fall. The patient was consistently rated as a high risk patient on the nursing home’s Tinetti fall risk assessments. 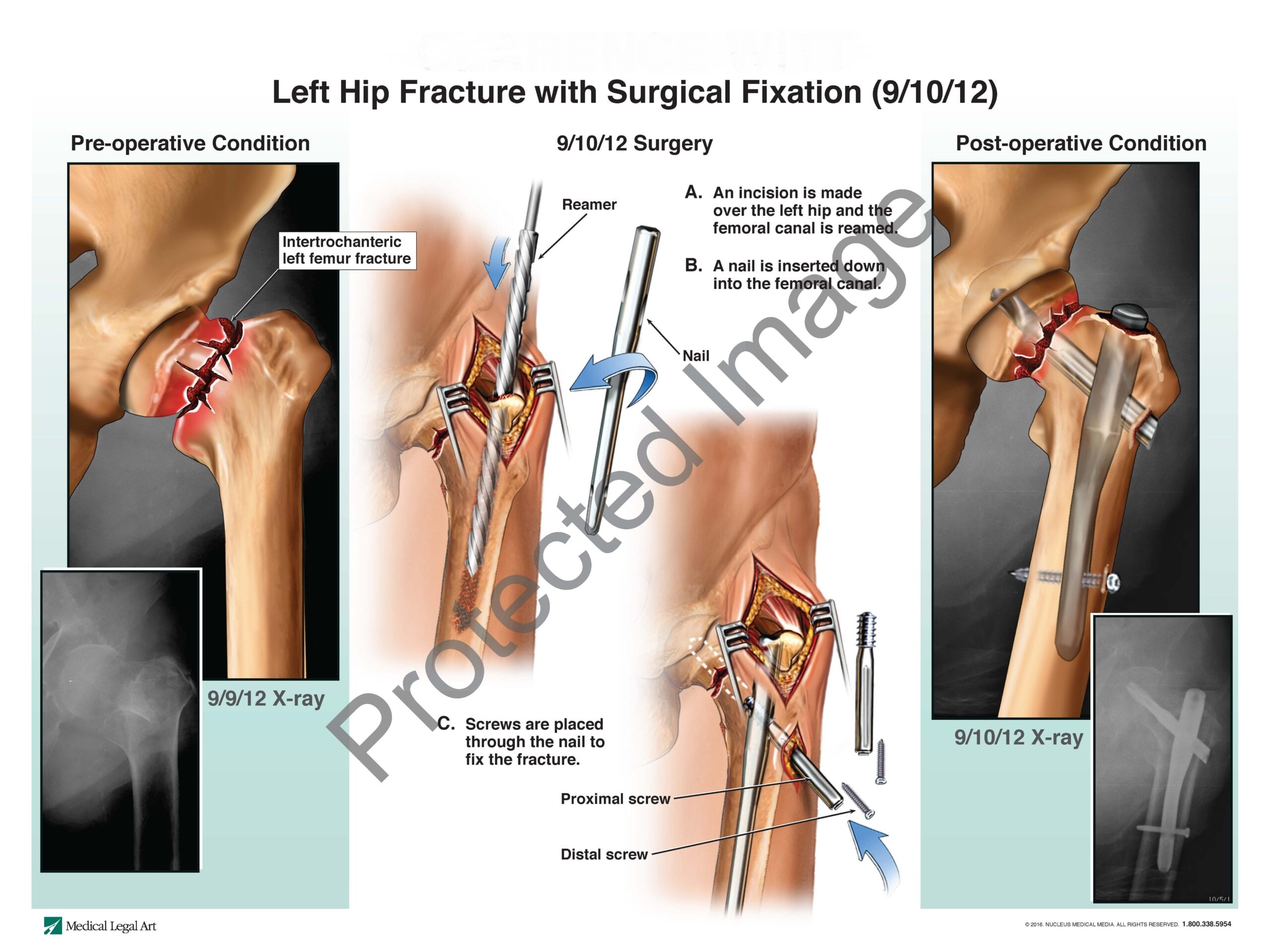 In the early morning of September 8, 2012, the nursing home permitted the patient to fall. The patient was found on his back on the floor in front of his bathroom and was assisted by the nursing home’s staff back to bed. As a result of that fall, the patient complained of left hip pain and was noted to clutch his left hip and grimace. An x-ray confirmed the patient sustained a left intertrochanteric hip fracture as a result of the fall, and he was transported to the hospital, where he required open reduction internal fixation surgery. The patient died on November 15, 2013.

The family contacted us to pursue claims against the nursing home for failing to provide proper fall prevention and treatment for injuries suffered from the fall. We were able to obtain a settlement award for the patient’s family.